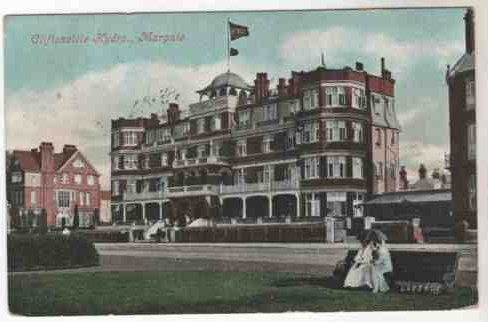 Olive Higgins was the much-loved and only daughter of Thomas Higgins, a wealthy businessman and visionary hotelier.

In 1904, Thomas built The Hydro hotel on the seafront at Cliftonville, the slightly more up-market tourist area of Margate in Kent.

In the subsequent years, The Hydro became established as one of Europe’s leading health hotels, offering all the latest therapies for the great and the good, who visited from England’s cities and from abroad.

The Higgins family lived at a fine house near the hotel called The Patch. Olive turned 16 in November 1913. She had one older brother, Frank. Their mother, Martha, had died in 1911, but Thomas had re-married, to a dear family friend, known to them as Peggs.

On 2nd January 1914, Olive, set off for Paris to study at L’Institut de Notre Dames des Champs, a well-respected school attached to a convent in the 6th quarter on the city’s Left Bank.

Olive took with her a new, burgundy leather-bound Letts’s diary and began writing about her adventure. Her entries include wonderful snapshots of Paris during what would be the final days of La Belle Epoque. But Olive’s diary is largely filled with her sad longing for home. 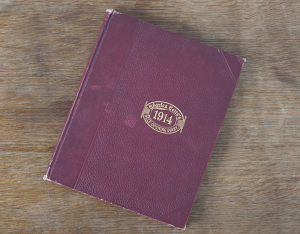 Tragically, Olive became gravely ill in Paris. Her final days saw frantic efforts to save her life, not least by a leading doctor to the British Royal family, who went at haste from England to attend to Olive.