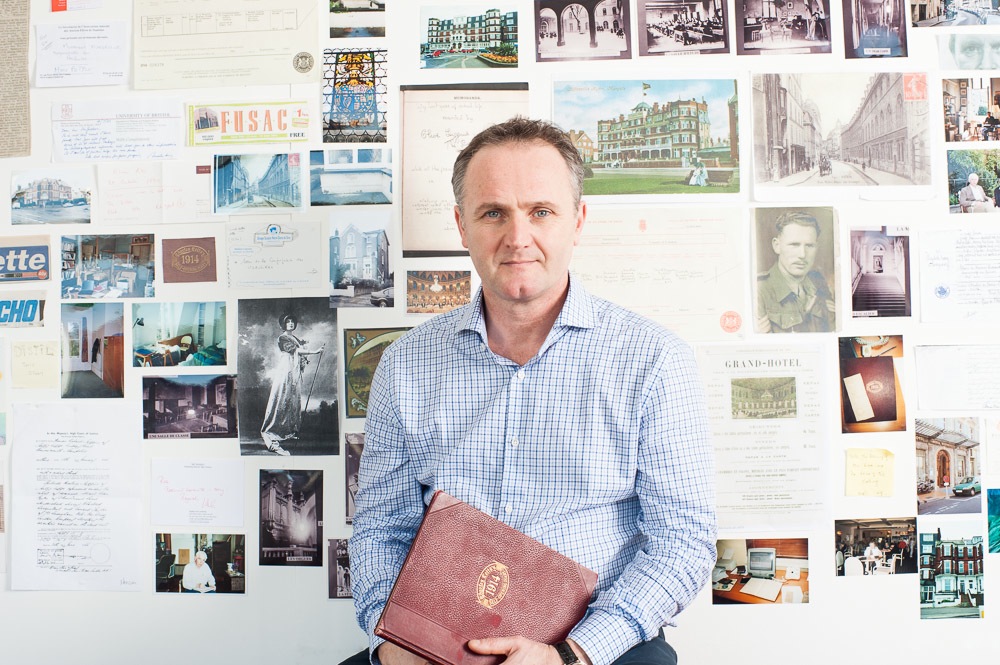 Rob McGibbon is an English journalist and writer based in London. He was given Olive’s diary in March 2001 by an acquaintance called Ian Burt, who had come across it years earlier.

Mr Burt is a longstanding, Bromley-based building contractor by trade, but he has also owned an antiques shop for many years, as a hobby to fulfill his interest in history and bric-a-brac. Exactly how he found Olive’s diary remains a mystery, lost in the fog of memory, but it may have come to him in a house clearance.

The diary finishes after only six weeks. It contains just 42 entires running to a little over 5,000 words. But inside its empty pages were two perfectly preserved newspaper cuttings, one announcing Olive’s sudden death and a longer article detailing her funeral in South London.

It emerged that Olive was buried in a cemetery just a few hundred yards from where McGibbon was born, the same cemetery that years later he used to stare at in bemusement when his grandfather, Albert Ross, moved into a flat overlooking the vast lawns of gravestones.

It was this startling coincidence and unlikely connection to Olive’s story that galvanised McGibbon’s determination to write about her life. He re-traced her steps during two long stays in Paris and spent many years researching her young life and her family’s history.

The quest to write a book about Olive has been a maddening and ultimately fruitless task that has absorbed McGibbon since the diary came into his life. It has been his obsession, but every exhaustive writing attempt, in varying genres, has been rejected by publishers.

It was only with the onset of the 100th anniversary of Olive’s tragic death in Paris that McGibbon decided to publish her words online and let her timeless voice tell its own story, in real time, a century on.